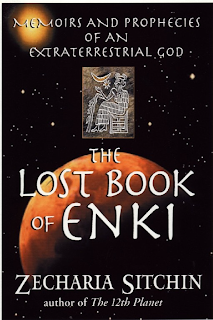 The Global Reality isn't corporate media, or even "mainline" alternative media, but independent media (YOUR MEDIA) in its truest sense. Support the information you need to know, that "they" dare not want you to know.

On the flip-side, the following link was written by Mike Heiser Ph.D, scholar of biblical and ancient Near Eastern languages, cultures, and religions, states that Sitchin is Wrong...  http://www.sitchiniswrong.com/

"Zecharia Sitchin, Israeli writer spinning tales of all-too-human-like “Annunaki”. Sitchin published his interpretation of some Sumerian legends about early contact with Visitors from the stars. Unfortunately, Sitchin tends to present Sumerian legends as though they were transcripts from the New York Times. Actually, ancient Near East literature in its cultural context reflects the faulty understandings and distortions of primitive people faced with sky visitors they thought were “gods”, and then in the countless retellings of these visits, ascribing to the Star Visitors the arrogant, ruthless and scheming qualities of their own human rulers. Thus the legends warped earlier events into almost unrecognizable tales, as these stories got passed down. Some Sumerian language experts hold that Sitchin took liberties with the translation and interpretation of what the original cuneiform text said. The basic premise which Sitchin started from is fact: that Sumerians acknowledged contact from Visitors from the stars who helped establish the foundation for a Human civilization. The rest of Sitchin’s tales, the drama about lust, jealousy and wars, are cultural trappings added on by Sumerian scribes taking literary license. These scribes were confused when accounts of the original activity of the Zeta bioengineers perfecting the Homo Sapiens recipe got mixed up with the intrusions by Cabal types reincarnating from the Atlantis civilization the Cabal had destroyed, and were then trying to dominate, impress, and oppress the Sumerian peasants with advanced knowledge and technology they remembered and recreated from the Atlantean times. These Sumer-era Cabal ruler-priests passed themselves off as gods-come-down-from-the-sky [Annunaki]. Sitchin’s interpretation of the confused Sumerian legends as literal fact can be ignored, including his putting forth sensationalistic scare stories about a supposedly-inhabited "Marduk"/ "Niburu"/Planet X heading ominously for Earth, (more Cabal psychological- warfare propaganda)".
Above quote written by:  Richard Boylan, Ph.D. @ http://www.drboylan.com/goodbadugly.html

It's always good to have an open mind; researching both sides & judge for yourself.

Posted by Unknown No comments: 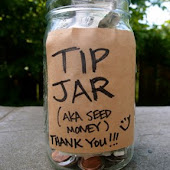